The beginning of the universe comes alive with Epson's help

art@CMS and Epson projectors recreate "The Gift of Mass" 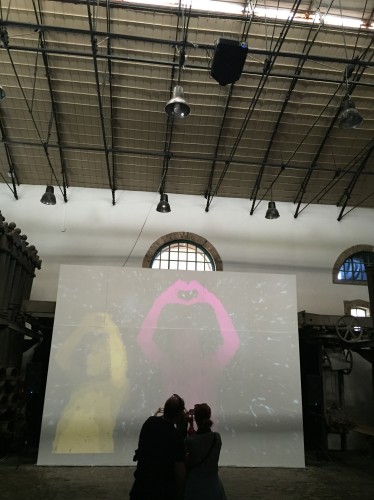 The art@CMS programme relies on Epson's installation projector expertise to present the beginning of the universe to the general public, at CERN in Athens.

The art@CMS programme has been in place since 2012, for the purpose of communicating to the public about the CMS experiment at CERN, which uses art as a catalyst for scientific inspiration, dialogue and interpretation.

As part of the art@CMS programme, forty exhibitions and twelve workshops have taken place in fifteen countries, attracting over 140,000 guests. The programme's exhibitions and workshops are the result of a joint effort between artists, art institutes, educational communities, scientists and CMS institutions that function as catalysts to promote interest, enthusiasm and a love of science to young people. At the same time they examine how experimental elements obtained from research at CERN can be used in art and education.

The interactive multimedia installation entitled "The Gift of Mass" took place during the Athens Science Festival 2016, and gave visitors the opportunity to travel to the beginning of the universe with Epson's support. At this installation, which is related to the Higgs mechanism – the natural phenomenon by which fundamental particles acquired mass at the very beginning of the universe – visitors experienced virtually how it was to "acquire" and "lose" their mass.

Specifically, the installation required an extremely powerful installation video projector, able to deliver high-quality images even in daylight. After many tests, the Epson EB-Z10005U installation projector was selected as most suitable by the programme's organisers, in combination with the ELPLU02 short-throw lens.

Perfect for demanding venues such as auditoriums and exhibition halls, the video projector fully satisfied the organiser's demands thanks to Epson's 3LCD technology, which ensures bright, realistic images and vivid colours.

Thanks to its exceptional brightness of 10,000 lumens and Full-HD 1920×1200 resolution, visitors to the Athens Science Festival enjoyed a unique simulation experience of the beginning of the universe throughout festival, even in the early hours when daylight was shining in through the venue's windows.

The EB-Z10005U was also deemed the most suitable installation projector as it was able to project images from a great height, taking full advantage of its lens shift function to achieve sharp, bright results in a large venue such as the Old Furnaces of Technopolis.

The organisers' flawless execution and the extremely powerful EB-Z10005U guaranteed a smooth experience so that visitors to the exhibition could witness the transformation of the early universe, from massless particles that moved around at random in the vacuum of space, to a universe where mass was created and plunged into an invisible sea, called the Higgs field.

At the same time, as part of the audiovisual installation, a unique dance performance also took place. The Higgs field and the spontaneous broken symmetry in physics constituted a field for choreographic research and creation. In the performance, the body was defined as the "nucleus" and the limbs were the "particles" that broke the symmetry with their movement as they left the nucleus. Thanks to the exceptional image detail of the EB-Z10005U, spectators enjoyed a seamless and iconic spectacle with exceptional image detail. 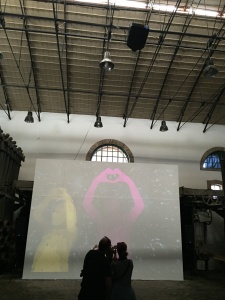 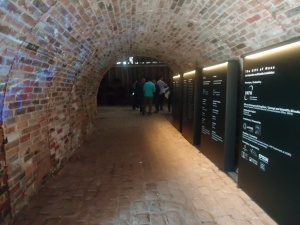 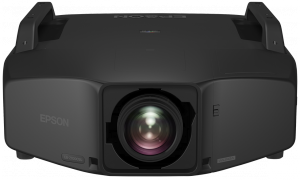