Moverio brings innovation to the opera 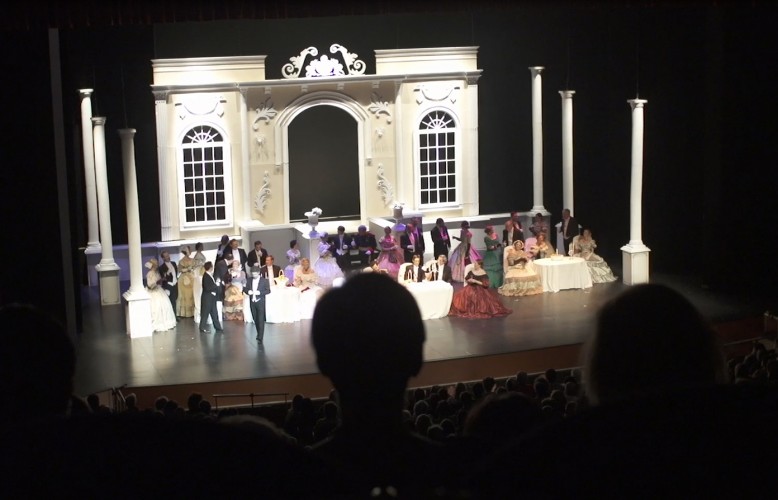 Technology has gone to the opera, offering a brand new way to experience virtuoso musical performances, thanks to Opera Touch and Epson Moverio smart glasses.

With the premiere of the first ever opera performance where the audience could receive extra information about the show via augmented reality, the Opus Lírica opera company has brought tradition and innovation together.

The Opera Touch app and Epson's Moverio smart glasses were premiered at a performance of Verdi's 'La Traviata', to a selected audience of 50 people at San Sebastián's Kursaal Auditorium in Spain's Basque Country.

By wearing Epson Moverio BT-200 smart glasses, those attending the premiere could see the subtitles of Verdi's original text within their own field of vision, without needing to change position or miss any action on stage. Plus, unlike at most operas, the subtitles appeared to simply float in front of the stage, just below the performers' feet, thanks to augmented reality.

Moverio smart glasses aren't limited to just subtitles though, filling the role of an informative opera companion. They offer instant access to the vocal score at the exact moment melodies are sung, and wearers can access details about the story and the performers at a touch.

This is achieved using augmented reality to add extra layers of information to wearers' vision, helping expand the opera knowledge of spectators and provide a richer cultural experience.

Easy to use and comfortable

Chomin Martín, president of Opus Lírica opera production company says, "The Moverio system is revolutionary in terms of how spectators can enjoy the opera performance." Because there's no need to constantly flick between reading subtitles and watching the performance itself, it makes for a more comfortable viewing experience. Why be forced to look to the side of the stage, when you can have the subtitles hovering right in front of you?

As Xavier Zatarain, head of app developer Opera Touch, explains, "Currently, subtitles tend to be located in a position away from the stage, so the audience can't absorb the meaning in their own language at the same time as following what is taking place on stage".

At the trial at the Kursaal, the spectators saw subtitles at exactly the same time as the performers sang the corresponding lines. They could also convey their exclamations of "Bravo!" digitally by simply tapping their Moverio smart glasses to express that the performance had met with their approval

Epson's Moverio smart glasses feature two micro-projectors, which enable them to create the appearance of a large screen within the wearer's field of vision, and allow them to use Android apps comfortably on the go. Because the user's hands are left completely free (unlike when using a tablet or mobile with an AR app), Moverio glasses make it much easier to get engrossed in the experience without having to break concentration to interact with a handheld device.

Those who wore the Moverio smart glasses for the premiere of 'La Traviata' emphasised the importance of making space for technological innovation within live performances such as opera. They felt that it would help to attract younger audiences, as well as making it easier to enjoy performances in other countries, due to the ability to view subtitles through Moverio.

Verdi's 'La Traviata' at the Kursaal in San Sebastián was the first trial of the Opera Touch app at an Opus Lírica production. However it's unlikely to be the last, considering the success of the experiment, so Moverio smart glasses are set to remain the perfect smart opera companion. 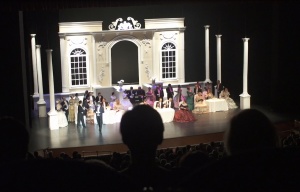 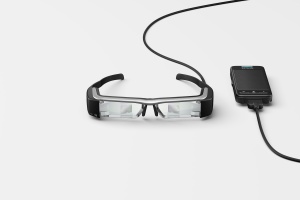 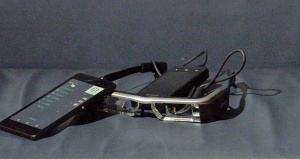