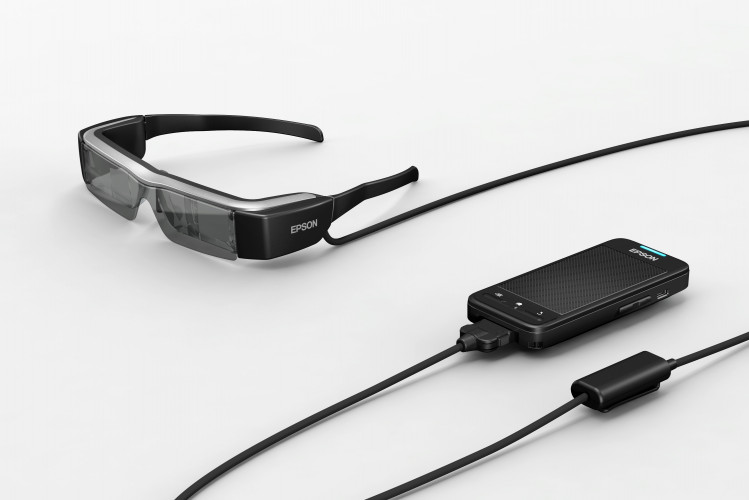 Having embarked on a paperless journey as part of its commitment to innovation, Mercedes-benz East London needed to find ways to optimise efficiency across the business using the latest tech solutions. Anathi Dyonase, a trainee Business Analyst at the plant, found that the 36 employees in the assembly area – particularly its part-picking area – would benefit from a more streamlined process.

Workers also complained that the mounted information board with details of available parts was hard to read while searching for parts, and that having to hold a piece of paper or tablet was cumbersome, because they needed to have both hands free when looking for a part.

After conducting extensive research into augmented reality and its potential application in the factory, Anathi’s team embarked on a pilot project to test the benefits of using smart eyewear in its assembly and part-picking departments, to help alleviate some of these challenges.

Dyonase and her team contacted an expert Epson representative, who identified the Moverio BT-200 as the most effective solution for Mercedes-Benz East London.

In a comparison between the BT-200 and another smart eyewear brand that Anathi had previously tried, the BT-200 proved far more practical, efficient and comfortable to wear.

“We preferred the BT-200 to other smart eyewear products we had tried before, simply based on the overall user experience,” says Dyonase. “For instance, we found that the BT-200’s dual-function built-in cameras provided an extended field of vision compared to other models with a single camera in one of the lenses.”

Innovation at its best

Merecedes-Benz East London purchased five pairs of Moverio smart glasses for its pilot project, allowing five workers to operate the devices on a trial basis for three months. This would help Dyonase and her team determine the viability of using the glasses in a paperless environment.

With built-in cameras, gyroscope, GPS and other key features, the Moverio BT-200 smart glasses communicate with cutting-edge software to understand the wearer’s movements and surroundings. Using customised programming, workers used this functionality to see where each part was located. The glasses would even indicate how many parts were needed.

The BT-200 also produces high-quality and vivid images of up to 320 inches in qHD resolution across the wearer’s entire field of vision, bringing subjects to life in three-dimensional perspective.

They’re also powerful, packing a 1.2 GHz dual core processor, 1GB of RAM and a battery life of up to six hours, which means workers at Mercedes-Benz East London can use the device for longer without having to worry about constantly recharging.

“The Moverio BT-200 glasses proved far better than other smart eyewear products currently available, and I definitely think there’s room to implement them in our part-picking area specifically,” says Dyonase.

“Most of the workers who tried the glasses loved them, and said they made their jobs much easier,” she continued. “From a management standpoint, we also noticed a rise in productivity, because workers were’t wasting time trying to locate parts for assembly.” 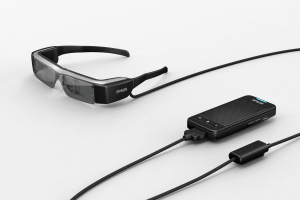