The number one photo lab in Paris buys the SureColor P20000 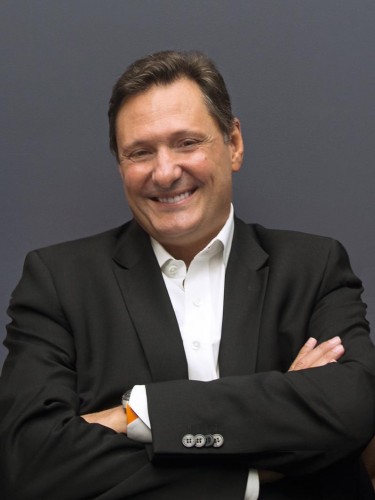 Based in the heart of Paris, Picto devotes itself to meeting professional photographers’ needs, whether they use digital or conventional film technology. Developing, printing, editing and advice are all part of their brief. It is truly a place where art and technology come together.

When Philippe Gassmann’s grandfather Pierre founded a small photography lab in Paris in 1950, digital was what you did with your fingers, and computers were huge expensive machines run by men in white coats. That did not worry top photographers like Henri Cartier-Bresson and Robert Doisneau, who took to dropping by Pierre’s lab to discuss with the developers how best to perfect their works of art.

This reputation for quality and professionalism has remained with Picto to this day, but by 2004 the times were changing, and digital technology was eating into the group’s profits. For nearly ten years Picto struggled to reinvent itself. “We never abandoned our clientele of professional photographers,” says Philippe. “We looked for complementary ways to provide the services our clients needed. The main innovation was to give them direct access, via internet, to the full range of services we offer.”

Today, nearly all photographers use a digital camera for at least part of their work, so it was a surprise to learn that developing and enhancing traditional film still accounts for half of the group’s turnover. This side of the business is helped by Picto’s international reputation for restoring and reprinting old photos of historic interest, which can be found in art galleries and private collections worldwide.

A new printer worth waiting for

Picto had been using Epson Stylus Pro 11880 printers for ten years, and was keen to upgrade. “We were waiting for Epson to come up with a new model, and we even bought one or two printers from another manufacturer. Then, when the SureColor P20000 was first announced we were invited to beta-test it,” says Philippe. “We were even able to recommend a few changes which Epson adopted before launching the new printer officially.”

Considering Picto has bought three SureColor P20000 printers already, and may well add one or two more, what's the appeal of the new models? In answer, Philippe mentions first the speed - between two and three times faster than the old model. Then there are improved ergonomics and sheet handling, which has allowed his operators to improve their productivity. The print quality has also improved, particularly for fine detail, and there are now four levels of grey for accurate transitions with very low grain.

For Picto another big advantage is colour compatibility with the Stylus Pro. “When we receive re-orders we can get the colours so close that no client has yet been able to see the difference,” he says. Epson’s latest printers use Epson’s own UltraChrome PRO pigment-based inks – better for the environment, better for the operators, with excellent durability for many years without fading.

Picto opted for an Epson management print service called Epson Print & Save which includes three years of maintenance on site with a very fast response in the event of a technical problem. The Epson contract also guarantees ink cartridge prices, thereby giving Picto greater security in fixing its tariffs.

Philippe’s plan is to develop Picto’s business in three directions: the ‘Atelier’ where Picto’s artists and technicians will provide individual service and advice for professionals; the ‘Factory’, to serve photographers needing a lower level of support; and lastly the online business where the client is fully independent.

In June 2016 Picto launched its revamped website, which made it easier to send files, choose paper qualities and mountings, and select various optional services. “For professional photographers who know exactly what they want, ordering is now literally just a matter of a few clicks," Philippe explains. "And within a week – or less if they’re in a hurry – the prints can be delivered to their doorstep”.

At the same time the Picto Foundation has been set up. It's a non-profit organisation to centralise and develop Picto’s support and encouragement for photographers, institutions, galleries and students of graphic arts.

But Philippe Gassmann’s most exciting project will take him to the New World. “When you look at Apple, Google, Facebook and all the rest you could think that the US is way ahead of Europe in Information Technology”, he says. “That may be true for many sectors, but not when it comes to services for art photography”. Along with a local partner in New York City, Philippe is using Picto’s experience in online services to break into the US market. “We can be much more efficient, and what’s more, cheaper. We opened our New York business one year ago – so who knows, we might be in the market for more Epson SureColor printers. They have really transformed our business!” 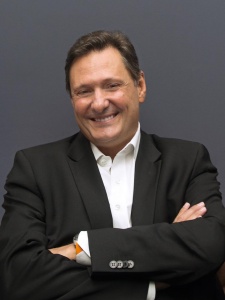 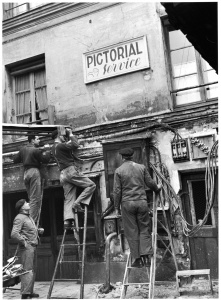 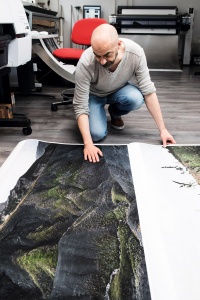