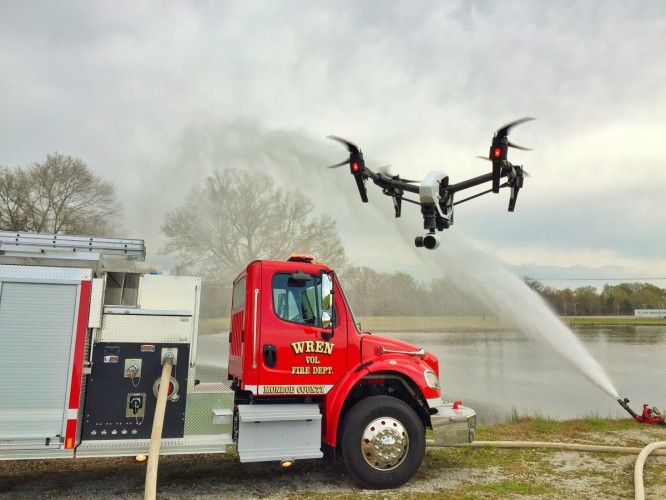 That last radio transmission from Marsh on June 30, 2013 shows the miscommunication between the firefighters and dispatch, and the disarray of the team surrounded by the flames.

No one becomes a firefighter without fully understanding the dangers of the job. And, out of the almost 1.2 million firefighters in the United States, over 780,000 are volunteer firefighters, meaning that they don’t get paid to run into burning buildings to save lives.

Rob Dearden is one of those volunteer firefighters, but he’s also an employee at New Frontier Technologies in North Kansas City, Missouri. His experience and interest in technology has helped him develop an application for Moverio BT-200 smart glasses with the goal of making such deadly miscommunications a thing of the past.

It all started at a Google hackathon, where Dearden met Mike Sterle-Contala from McGill University in Montreal, Canada. From a series of initial ideas at the event, the team finally struck on creating an augmented-reality training programme for first responders.

“Based on this, we started doing geolocation inside of buildings, creating wave forms or “breadcrumbs”, as we called them, to mark where you came in and how to find your way out again,” explained Dearden. “It allows firefighters to go through a search and rescue session with virtually no visibility.”

The “breadcrumb” digital markers could also be used to mark potential hazards, like weak spots in a floor, or potential access or exit points, like windows and doors. Being able to use these virtual markers would affect firefighters’ safety in many ways, but two in particular: One, if a firefighter became disoriented due to low oxygen or injury, the markers would guide them to safety; and two, if a firefighter called mayday, the markers could lead the Rapid Intervention Team right to them.

BT-200 is the commercially viable choice

Many fire departments have started to use drones, and Dearden imagines how they could combine the video from the air with GPS technology to communicate to the firefighters on the ground. “The base could warn the team if a dangerous situation was developing so they don’t get caught, like they did in Arizona,” Dearden said. “Or, if they’re already surrounded by fire, base can show them where the weakest point is. They may come out burned, but at least they come out.”

Dearden has many more goals for the device’s functionality, including temperature sensors, accelerometers and thermal imaging - being able to “see” if there’s a fire on the other side of the door. “I literally have to reel myself in at times,” said Dearden about how many ideas he has for development. “I have to remind myself that you have to get the first things working before you can do the rest.”

The Moverio BT-200s are Dearden’s choice for an eventual commercially viable product, and he is currently looking for additional funding to make it a reality. “It started out as developing a training software, but the concept goes way beyond that.” 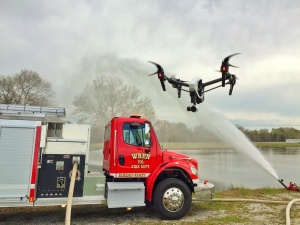 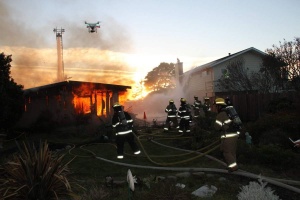 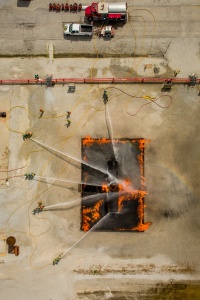