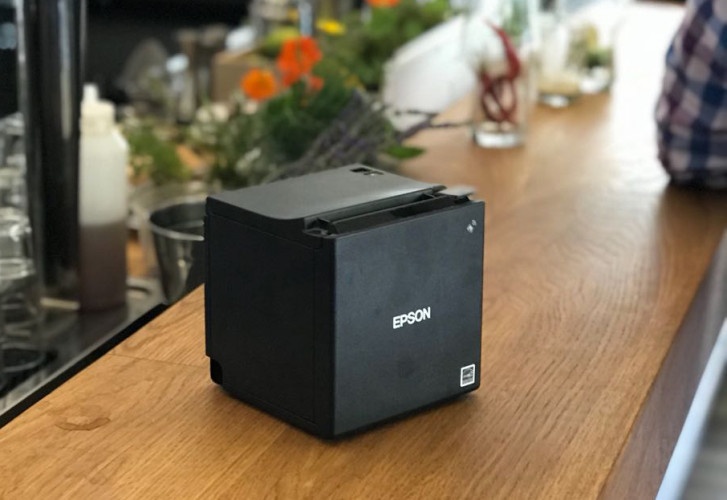 In 2017, the Franschhoek Beer Co. decided to serve their world class beers in a restaurant of their own and opened Tap|Eat – The home of the Franschhoek Beer Co. Through a collaboration between partner and well-known chef Reuben Riffel, and head chef Nick Oosthuizen, Tap|Eat offers a beautifully crafted menu that perfectly pairs with their range of beers.

Over and above the newly-opened Tap|Eat restaurant, the Franschhoek Beer Co. offers beer tastings, food and beer pairings, as well as biweekly tours, that include visiting the test brewery, organic garden, and main brewery.

As existing customers of TabletPOS, the Franschoek Beer Co. approached the National Sales Manager, Richard McGeorge, to recommend a POS receipt printer for their new restaurant.

TabletPOS is at the forefront of tablet-based POS solutions in the hospitality sector. They provide cost effective integrations for their clients, across the restaurant, business and entertainment industries, making them the ideal supplier to advise on solutions for the likes of the Franschoek Beer Co.

TabletPOS has a long-standing and successful relationship with Epson, and are a crucial partner in driving Epson Business Systems sales.

Knowing that the Franschhoek Beer Co. never compromise on quality, Richard recommended the Epson TM-m30 to meet their high standards.

Having previously sold the Franschhoek Beer Co. an Epson TM-T20, the newly launched TM-m30 was a perfect fit.

The Franschhoek Beer Co. agreed that an Epson TM-m30 receipt printer would be their best option because of the reliability of the Epson brand and the convenience of Bluetooth technology, imperative to a busy restaurant with numerous ongoing orders.

The Epson TM-m30 is a sleek, stylish and compact receipt printer, that prints directly from any smart device with ePOS-Print on iOS, Windows and Android systems, via a Wi-Fi or Bluetooth interface. It can be easily paired with tablets and smartphones, by simply bringing the devices close together to make the connection. The TM-m30 receipt printer's built-in intelligence communicates with web applications, allowing direct printing from any mobile device without the need to install or update drivers.

Weighing just 1,200g, the TM-m30 printer is one of the smallest stationary POS printers in the world, making it ideal for placement anywhere. The printer also offers a top and front access for the receipt, meaning that you can change the interface to suit your preference.

In addition, the TM-m30 allows you to customise the receipt with your own company logo, promotional messages, graphics and barcodes using its high quality multiple greyscale printing feature. It prints up to 200mm of paper per second, making payments quick and easy for customers. 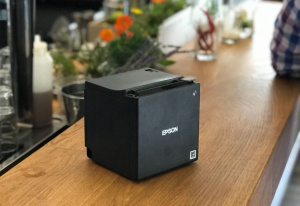