Print me a selfie! 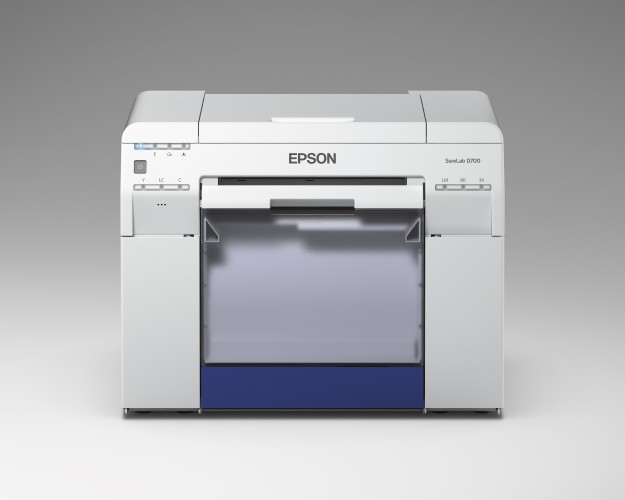 Photo printing has come a long way from the days that photographs were developed at the local pharmacist or printing lab, but no matter the changes in technology that make photography digital, wireless and stored in the Cloud, consumers still want to hold or frame a tangible print of their treasured memories.

Even so, the photo printing industry has had to adapt as technology has evolved from complex, chemical-heavy film development and printing that took up to a week to deliver, to the arrival of the one-hour photo lab (that never really took just one hour), to the modern day photo printing shops that offer plug-and-print technology, or wireless solutions that allow consumers to print straight from their personal devices.

This change is not in response to a single development either, if you’ll pardon the pun. When the first portable digital camera was introduced to market, it forced photo printing laboratories everywhere to change the way they did business.

Not only were they compelled to purchase new equipment and different consumables, their customers were printing fewer photographs, because they could choose their prints beforehand, rather than trusting fate and the developing process, before having to throw unwanted pics in the ‘boo-boo bin’.

Many labs were forced to close their doors, and those who survived had change their business models, their equipment and their premises to balance the needs of their customers with the cost efficiencies of a new way of doing business.

It’s not just the photo printing companies that have had to adapt – the producers of photo printers have also had to invest in new technology that keeps pace with the changing ways that people take and share photographs.

Epson, a global leader in printing and imaging technology, has always aimed to provide its customers with comfort and affordability – and established itself as an innovative tech company in the process. The company developed the world’s first small, lightweight digital printer in 1968, putting Epson at the forefront of printing innovation.

Over the years, from the time it developed its first inkjet product, the SQ-2000, Epson has launched a number of world-firsts that have revolutionised the industry. Among these are the Epson Stylus Colour, which was the world's first high-resolution 720-dpi colour inkjet printer, and the Epson Stylus Photo, which was the world's first inkjet photo printer.

Today Epson maintains its innovative approach to photo printing by offering affordable photo printers that make it easy for consumers to print their favourite memories, while also offering compact and cost-effective solutions for the modern-day photo-lab owner.

These businesses have had to adapt at pace as the photography industry has evolved, with photography labs adjusting their stores to the minilab or kiosk format. The early 2000s were a particularly turbulent time for those in the photography industry - for printer developers and photo-labs alike - but there has been a massive revival in the industry of late, and this development has largely been driven by smart phones – and their accompanying high mega-pixel cameras.

The saying that the best camera is the camera you have on hand has become increasingly true, with high-tech smart phones fitted with high resolution cameras now considered the norm. The days of carrying cumbersome cameras, multiple lenses and numerous packs of film are long gone – apart from the top end professionals who need the variety of lenses, but who are still spared the clutter of film canisters. Photographs captured on mobile phones now dominate walls of a different kind: those on Facebook, Instagram, Twitter, Pinterest, Flickr and all the other social media sites in existence today – with accessible photo printers making it possible to easily have those images on real-life walls too.

There are more images being shared today than any other time in history – with cameras and photo editing software at anyone’s fingertips, and the ability to share your experience only a click away. The technology to capture and edit moments is easy and convenient, and some observers have noted that the only reason photo printing is ‘dying’ is because the printing industry has not been keeping up with the convenience and spontaneity that mobile phone photography has made possible – and this is where Epson finds its gap.

Mark Kidd, from Mark Kidd photography, reiterates just how important it is for the print industry to keep up with the needs of businesses – especially small enterprises looking for the best return on their investments. Kidd, who used to own a chemical lab, recently purchased an Epson D700 to enable him to do photo printing from his home. “It is the best decision I ever made,” he says. “I am so impressed with the convenient size of the printer which makes it really suitable for at-home printing. The chemical printing at photo labs simply doesn’t match the colour range offered by the Epson line of printers, it really is impressive.”

However, it is not only in the small business sphere where Epson’s photo printers are first choice – they make it possible for tourists to take home prints of their experiences at tourist facilities, without even needing to take their own photos.

The Lion Park, one of Johannesburg’s biggest tourist attractions, originally subcontracted a mobile photographer to capture photographs for visitors and print them on site. However, a more comprehensive solution, offering top-quality prints to visitors, saw the facility install an Epson SureLab SL-D3000, and they have already placed an order for the Epson SureLab D-700 printer.

Andre Lacock, project manager of the new Lion Park Photographic Centre, says “The Photographic Centre needed a robust, reliable and easy solution to print post-card and jumbo sized photos, but it also needed one that could print larger than usual prints to include in photobooks.”

As a conservation organisation, the Lion Park team also sought an eco-friendly printer that would be energy efficient. The Epson printers responded directly to all these requirements, making them the obvious choice.

Photographer Johan Kleynhans from Majestic Studios sought a reliable and compact printer to transport to his photography shoots at schools and events, and opted for Epson’s D-700 printer.

“The speed and quality of this printer surpasses any other printer I’ve used before,” he says. “The size of the printer was the main factor which influenced my purchasing decision, as well as the printer’s affordability. It can print up to 8 x 12 cm prints, which means you effectively have a mini-lab on hand. I am going to buy another one soon to make my event photography even more efficient!”

With their convenient size, wide colour range which allows for vivid colour printing, as well as the printers’ affordability which allows for a quick and effective return on investment, Epson’s printers respond to the evolving photography market’s needs. There is no doubt that as imaging technology develops, so the demands from the market will change too. The truth remains for now, though, that consumers still want hard copies of their photos – and Epson is making sure that they get the best possible quality prints in an instant.

Epson is a global imaging and innovation leader that is dedicated to exceeding the vision of customers worldwide through its compact, energy-saving, high-precision technologies, with a product line-up ranging from printers and 3LCD projectors for enterprise and the home, to sensors and other microdevices.

Led by the Japan-based Seiko Epson Corporation, the Epson Group comprises more than 78,000 employees in 99 companies around the world, and is proud of its on-going contributions to the global environment and the communities in which it operates. 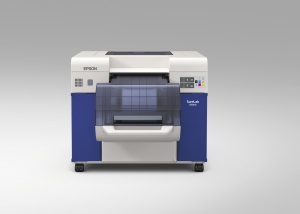 Please submit the requested details to download the brochure

The fields marked with an asterisk (*) are mandatory fields.

About Epson
Epson is a global technology leader dedicated to connecting people, things and information with its original efficient, compact and precision technologies. With a line-up that ranges from inkjet printers and digital printing systems to 3LCD projectors, smart glasses, sensing systems and industrial robots, the company is focused on driving innovations and exceeding customer expectations in inkjet, visual communications, wearables and robotics.

Led by the Japan-based Seiko Epson Corporation, the Epson Group comprises more than 67,000 employees in 90 companies around the world, and is proud of its contributions to the communities in which it operates and its ongoing efforts to reduce environmental impacts.